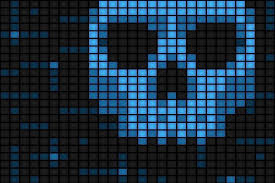 What’s the Likelihood I’ll be Hacked Over the Next 12 Months?

That’s the question every business leader should be asking.

The answer – it’s likely.  Over the past week two of my kids have been hit by fraudsters. Neither ended up paying, but both were initially confused. Had it not been for the constant security awareness training that happens in our home, they might have paid the bill.

It could have been malware, but in this case it was a pop-up.  “Call Our Support Desk Now!  You’ve been infected by malware,” the message read. My 20 year old son had one on his iPad; my 21 year old daughter had one on her company laptop. Both came by inadvertently clicking on a pop-up ad.  In my daughter’s case, she did call the number to see what was up (her system was completely frozen at this point.)  The technician on the line wanted to access her system, which is no longer on any Apple support contract. For $250 he promised to set her up on an annual support agreement and remove the malware on her system.

At that point she called me in to talk with him.  First I asked him how he knew we had malware on this system.  He reported that he had received a message from our system telling him.  I probed further to understand what he was planning to do to fix our computer. His explanations were technical but vague. I asked him about malware, bots, and signs of intrusion.  He wouldn’t tell me specifically what the problem was. So then I started asking about remediation steps. Was this a scan, patch, firmware upgrade, etc. He couldn’t explain. It was clear he didn’t know what he was talking about, but he was adamant that we needed a solution. Finally I said, how do I know you work for Apple. He explained that his firm, BTS, was contracted by Apple for this type of support. I took down his number, thanked him, and called Apple. He was a fraudster.

In my son’s case, he simply called Apple support directly, ignoring the phone number on the screen. It too was fraudulent. Apple gave us the right tools to scan both systems to clear them of any adware or malware. And, using Apple’s chat software, the entire process was free. 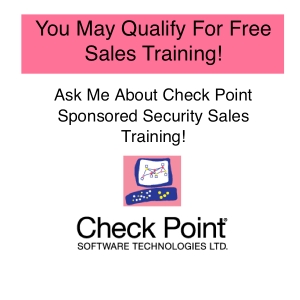 Your Client’s Don’t Know Any Better

The problem is, your clients don’t know any better. What are the chances they would call and pay?  They’re working hard, trying to get through their day, and suddenly a message pops up, and like my son’s tablet, the system is locked. Apple walked my son through a hard-reset to get back to functionality. How many of your clients would simply call the number and pay the support fee?  Sure, if they work for IT, they’re probably savvy enough to do the right thing. But what about the countless office workers, especially those working in small businesses without dedicated IT support people?

Fortunately, in our case it was a simple hard-reset. It could have been ransomware, malware installed through a support link, or some destructive virus. The point is, your clients are highly likely to be hit with some sort of fraud scheme, malware, or ransomware in the near future. If all you provide is basic managed services, or possibly firewall support, these attacks will continue, and your client is likely to pay for it. Educating them on this is the first step. But then, every one of your clients really does need someone to monitor, detect, and respond to these types of problems. They will only get worse over time.

One thought on “How Easy Is It To Hack Into Your Network?”