Apple – Bigger Than Microsoft? How Can That Be?

This morning as I read this I was thinking about my Mac 128 – the one I purchased as part of Drexel University’s computer science program – one of the first accredited computer science programs offered in the U.S.  It was a great computer and it was the first Mac.  Today I’m sitting in front of my Macbook Pro. This one actually has a hard drive in it…I’m connected to various cloud apps, made calls to Europe on it this morning, and am sharing documents around the world, monitoring the other Mac’s on my local network, and syncing with my iPhone – the other half of my IT infrastructure.

How did Apple get here?

If you’ve not read Steve Job’s life story, I highly recommend it – if you’re in the IT space. If you’ve read it, you know what I’m saying when I say, “I had no idea.” Back in 1984 I had no idea who Apple really was, who Steve Jobs was, or Bill Gates. But reading about Steve’s life has been eye opening at the least. Regardless of the baggage you’ll read about, he was a genius. It’s amazing story or rags to riches… 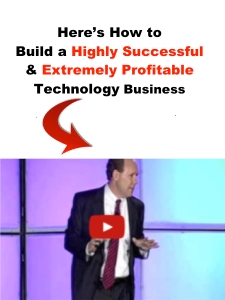 Now, have you read Simon Sinek’s book, Start with WHY? Interesting, Simon wrote this book in 2009. Apple was growing – but Simon had no idea Apple would be where they are today. Looking back at what he wrote, his wisdom is validated. People buy your WHY before they buy your WHAT. If you haven’t read his book – you should read it now. Apple is the company he’s talking about.

Taking the Risk vs. Following the Trend

Today’s Business Times article explains how Apple got to where they are today.  Read it!  <<  CLICK.

The iPhone – Steve was right. People can do everything they did on iPods, with a phone. And by making the phone bigger, they not only cannibalized  their iPod business, they ate into their tablet business.  “The most successful companies need a vision, and both Apple and Microsoft have one. But Apple’s was more radical and, as it turns out, more farsighted. Microsoft foresaw a computer on every person’s desk,… But Apple went a big step further: Its vision was a computer in every pocket.” (BusinessTimes).

The article goes on the show that “Microsoft has repeatedly tried to diversify, and continues to do so … But “it’s been more of a follower whereas Apple has been more of a trendsetter.”

The Wake Up Call To Resellers

This business is changing. I don’t know how long Apple can hold this leadership position. No one stays in front forever. But the bigger thing on my mind as I read this is the technology reseller business. Years ago Novell led the charge in building a successful channel – many have followed, and  there are some great channel programs out there. But the technology sales business is changing. In the 90s, Unix systems made the firm I was working for very successful. In 2000 it was VoIP. in 2003 I was running my own consulting company, helping resellers convert to Managed Services.

Those who are still hanging onto these offerings are doing the opposite of what Apple is doing. There are two things to focus on right now – helping clients gain a competitive advantage (largely through software), and helping them build in greater levels of security as they transition to cloud, BYOD, and online collaborate tools.  Those who wait will be too late.