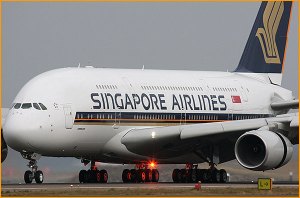 A few weeks ago I wrote about my vaporizer and how we climbed the ladder to win the free replacement…it was exhilarating and yes, I did get many positive comments on the post! Today let’s look at how to lose…and learn from it.

Last night I nearly had a heart attack when I realized that I had booked my flights to CA using a PM flight rather than the AM flight I was hoping to take.  Here I am just a few days from leaving and I discover that weeks ago I made this mistake, and I am taking my wife who is flying on points.  What are the chances they have a point seat open and will move me without charging me?  Zero.  But, we can always negotiate, so I called customer service.

The call started out much better than I had expected.  The person serving me was actually willing to change the tickets for free, but only if a point seat were available.  Of course, there were none.  At this point I new I had to negotiate.  There must be a way to override the policy – there always is;  however, knowing this poisoned my approach.   I learned at this point in the conversation that I was already speaking with the shift supervisor, and she was informing me not only that she could not do it, but that is was impossible.

Now, you and I both know, nothing like this is actually impossible.  Certainly the CEO could make this change, and probably someone who reports to him, and likely someone reporting to them – how far down can we go with this (pretty far)?  So instead of escalating as I’ve encouraged in past calls, I simply asked her how high up would we need to go to get this changed.  Instead of agreeing with her (agreeing that she has no power to make this change), and sympathizing with her, I in a sense, challenged her.  She sort of laughed at this point, but I didn’t take the hint, as she insisted that it was in fact, impossible.  At this point, feeling proud about my position (another mistake in negotiating), I politely pointed out that I had had a similar situation a year ago and proceeded to boast that I had actually had this type of thing resolved once before when no point-seats were open, therefore it can be done.  Big mistake.

She’s not on commission, and she also knows that I don’t really have a choice because there is only one carrier based in my city and there is no way I am flying by connection every week.  So at this point she gets sarcastic with me.  This is terrible customer service behavior, but I’ve asked for it.  I realized I had lost and said goodbye in the friendliest voice I could muster.

THE REST OF THE STORY…part of the problem is, I knew I had a way to escalate outside the system, but I should not have had to  play this card.  My wife was able to make a call to a senior executive and get this resolved in minutes.  She made a call to a friend, who contacted her husband, who then graciously made the change, no questions asked, reinforcing my original belief, that there really is a way; its just a matter of finding that person.  What did I learn here?

1. Pride leads to a fall.  No matter how confident you are that you’ll win (and you just about always can), you can’t show it.  People react to pride, and it always leads to contention.  Don’t do it.  Meekness is the ability to restrain your power or irritation – this is the proper way to approach the negotiating table.

2. The person you are dealing with probably can’t change the policy, so it’s important to agree with them  They also can’t escalate every call up to their manager or lead you to believe they can. If they did, they would get fired. So work with them and make them feel good about the work they are doing.  Too many people yell at customer service people (which I did not do), and this never works, so get over it.

3. The servant wins here.  The better you make the agent feel, the more likely they are to help you when you begin the escalation process.  So help them help you.  If they push back, continue to press forward with a genuinely positive attitude.  If you have one in a hundred call center people on the phone, it is better to simply thank them and hang up,  then call back – you’ll get another person who might be more willing to help.  But don’t burn the bridge with any of these people as the word might spread.

4. No matter how hard they insist,  “It can’t be done!” it just about always can.  Be patient and work the system.  Most of the time you don’t have an executive contact to call, so don’t blow your chances in the call center.  I got lucky on this one.  In fact it was my wife who won – I lost.

5. Finally, when you do win, don’t flaunt it.  You have your reward.  Express extreme gratefulness to the person who solves your problem, and if there is a way to get word to their management on what a great job they did, do it.  Even if it’s an email back to that person that can be passed along.  You never know what is going on with that person’s job, so help them as much as you can to be recognized for doing what no other person seemed to be able to to do.

6. An finally, as I am now doing, learn from your mistakes and don’t repeat them.  In fact, learn from my mistake, and you’ll avoid the feeling of defeat.